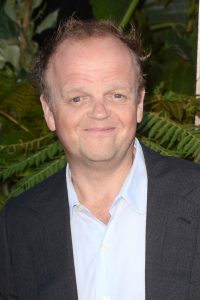 The voice of All For One – The MEERKAT ® Way, Toby Jones, is on his way to becoming ranked along Hollywood’s finest.  We’d love to claim it was Lattitude who propelled him to silver-screen stardom, but it’s really down to his own hard work, experience and talent.  Lattitude worked with Toby during the production of the now top-selling, All For One – The Meerkat Way.  The blend of Toby’s creative voice-over input and the experience of Lattitude’s production team resulted in some interesting ideas for delivering the MEERKAT® Safety content.

“Meerkats was all about doing something different, something new for people in safety and training…  Working with Toby helped translate that vision into a reality, which has been a fantastic experience.”

Amongst other things in the few years, Toby has journeyed through US politics in roles as Swifty Lazar for ‘Frost/Nixon’ and Karl Rove in ‘W’.  He’s starred in Sex & Drugs & Rock & Roll, the story of musician Ian Dury and turned heads alongside Daniel Craig and Gwynth Paltrow as the controversial writer, Truman Capote.  That’s all while continuing his role as the rather more innocent, Dobby The House Elf for the ‘Harry Potter’ series of movies.