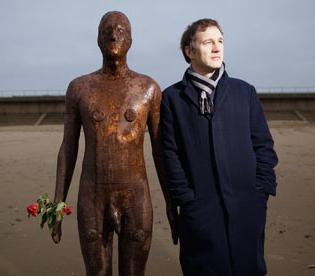 David Morrissey: The new voice of leadership in safety

David Morrissey is regarded as being part of the UK’s top acting talent, playing regular roles throughout TV, Film and on stage.  His dynamic acting skills that have won him roles in award-winning productions such as State of Play (BBC) and The Deal (Channel 4), where he played Gordon Brown, made him the ideal choice for the voice of Lattitude’s latest training film about leadership in safety.

Giants of Leadership – The Nature of Safety, which exposes the phenomenal skills of the world’s best natural leaders – the Savannah Elephant matriarch – has already created a buzz amongst safety practitioners both in the UK and overseas.  Since it’s release earlier in the year, the programme has already been adopted by a number of big names, such as DHL, Kodak and Waitrose. The innovative analogy and style of the programme follows on from Lattitude’s debut production turned best-selling training film, All For One – The Meerkat Way.

Born and raised in Liverpool, David developed his love for acting at the Everyman Youth Theatre.  He went on to attend the Royal Academy of Dramatic Art before acting with the Royal Shakespeare Company and the National Theatre.  Although he now lives in North London with his wife Esther Freud (great-grandaughter of Sigmund Freud) and their 3 children, he has preserved his Liverpool roots and remains an avid Liverpool Football Club supporter.  Recently, he returned to the city to direct his debut feature, Don’t Worry About Me – the story of a scouse romance which premiered at the London Film Festival and was promptly snapped up for broadcast by the BBC.

Following David’s outstanding performance in the hit TV series Red Riding, Channel 4 have now secured a deal with Columbia Pictures to produce a US version of the film series.  Recently, Oscar champion Ridley Scott has been in talks to work on shooting the remake.

Lattitude’s production team were delighted with the opportunity to work with the actor on this exciting new title which is set to play an important role in helping to change attitudes towards leadership in safety.

For more information about Giants of Leadership – The Nature of Safety, click here.