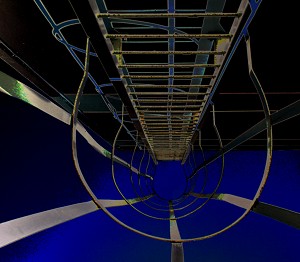 A bad plan, a ladder and a shovel was all it took to nearly kill a man. Paul Mahoney of Walker Midshire Foods explains how that near-miss experience made him think more clearly about the consequences for himself as well as for nearly-dead Colin.

It rains a lot in Pontypool. It was the reason they built the plant there back in 1947: high humidity helps the production of nylon.

Parts of the building were a little tired by the time I was facilities manager. When it rained, inevitably water would get in. But the technology inside the plant was state of the art, and last place we needed a water leak was the main control room.

But that’s exactly the call I had from an agitated production manager late in the day shift. He would very much like it if I would sort something out before his control room flooded. I was sure the problem would be a parapet roof above the sixth floor where some drains had blocked previously.

“All we had to do was to get off the roof, climb down the four ladders and dry off”

I called Colin, the cleaning supervisor, and asked him to meet me outside with a shovel, brush, plastic bags and a length of rope. The rope was to haul the shovel and brush up a series of four vertical hooped ladders which were the only access to the roof. We got on to the roof safely enough and cleared the blockage. The foot or so of water that had accumulated started to drain away. Problem solved. All we had to do was to get off the roof, climb down the four ladders and dry off.

The plan was for Colin to go down the first ladder and I would lower the bags full of gear to him. Then we would repeat that process for the next three ladders. But the plan had a flaw. 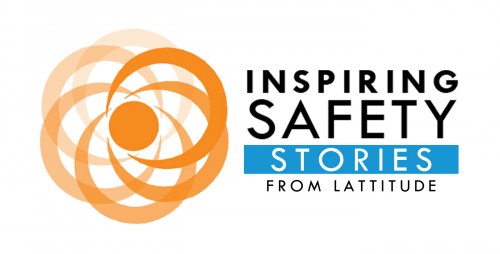 As I reached the bottom of the first ladder, I trod on the blade of the shovel, flipping it into the air and sending it into freefall. It tumbled as it dropped, clanging against the hoops and the ladder below. I was in a cold sweat as I watched it hurtle towards Colin.

“For some time, I couldn’t shake off the image of a shovel blade embedded in his body”

Then Colin stepped out of the way, a split second before the shovel hit the platform with a final clang. My immediate emotion was joyous relief as I realised that Colin was okay.

But then I started to think about what would have happened if the shovel had hit him. How I would have to explain what an idiot I’d been to my family, friends and colleagues. Some sort of self preservation must have kicked in, because it was only much later that I thought about Colin’s family and friends. For some time, I couldn’t shake off the image of a shovel blade embedded in his body.

Colin peered back up at me through the ladder hoops with a sort of puzzled look on his face and he said something like “what the hell was that?”.

Thankfully he was okay, and we had a bit of a chuckle about it over a coffee, but I often think how my life since that day would have been so different if the shovel had hit him.

But some good comes of it because I use the story of how I nearly killed Colin Morgan in behavioural training sessions. It helps people understand how easy it is for an accident to happen and how it can affect their own lives.

This story is part of Lattitude’s Inspiring Safety Campaign.