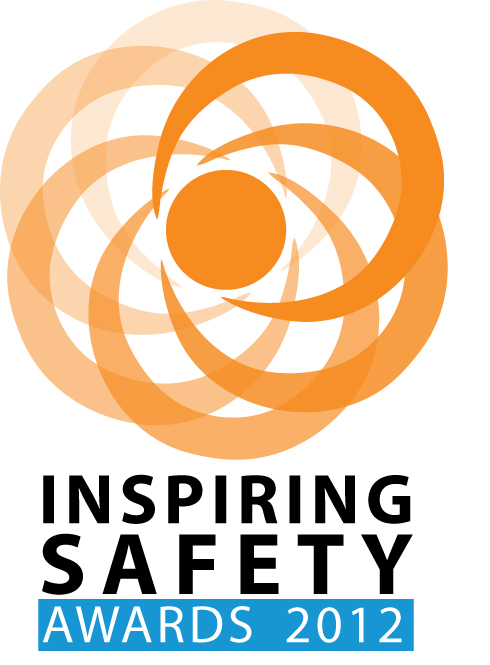 The Inspiring Safety Awards were presented by safety guru Ken Woodward on 26 June 2012 at a special ceremony in Blackpool.

There were three main categories and a special international award, for outstanding contributions to safety.

The winners are as follows.

John Mulholland, Slicing Manager at Midshire Foods was named Most Inspiring Individual 2012, in recognition of his safety programme based on his long experience as a ham slicer. The results speak for themselves. In a period when the workforce has doubled, the number of injuries has reduced to only 15% of what it was ten years ago.

Most Inspiring Team or Organisation – Storengy

Storegy UK was presented with the prize for Most Inspiring Team or Organisation 2012. In the construction of a gas storage facility, the company saw only one reportable incident in 1.8 million man hours of effort. The secret was the total team approach.

Highland Spring Group was awarded the Most Inspiring Campaign or Initiative 2012 for a safety training programme that was both memorable and fun. Staff visit a safari park as part of the course, and make risk assessments and figure out hazards and controls for some of the most dangerous animals including lions, tigers and rhinos.

Speaking at the awards ceremony, Rob Coyle, Managing Director of Lattitude Productions which organises the awards, said: “This was the first time we have run these awards and I think everyone was impressed with the standard of the entries. It just shows how much good work is going on to inspire people to behave more safely.”

“Everyone was impressed with the standard of the entries.
It just shows how much good work is going on”

The awards were presented by Ken Woodward, himself one of the most inspiring figures in safety. Since he was blinded by an accident at work in 1990, he has travelled the world, dedicating his life to creating positive safety cultures wherever he goes.

A full list of award winners and those Highly Commended can be found at http://www.inspiringsafetyawards.co.uk/2012-winners/