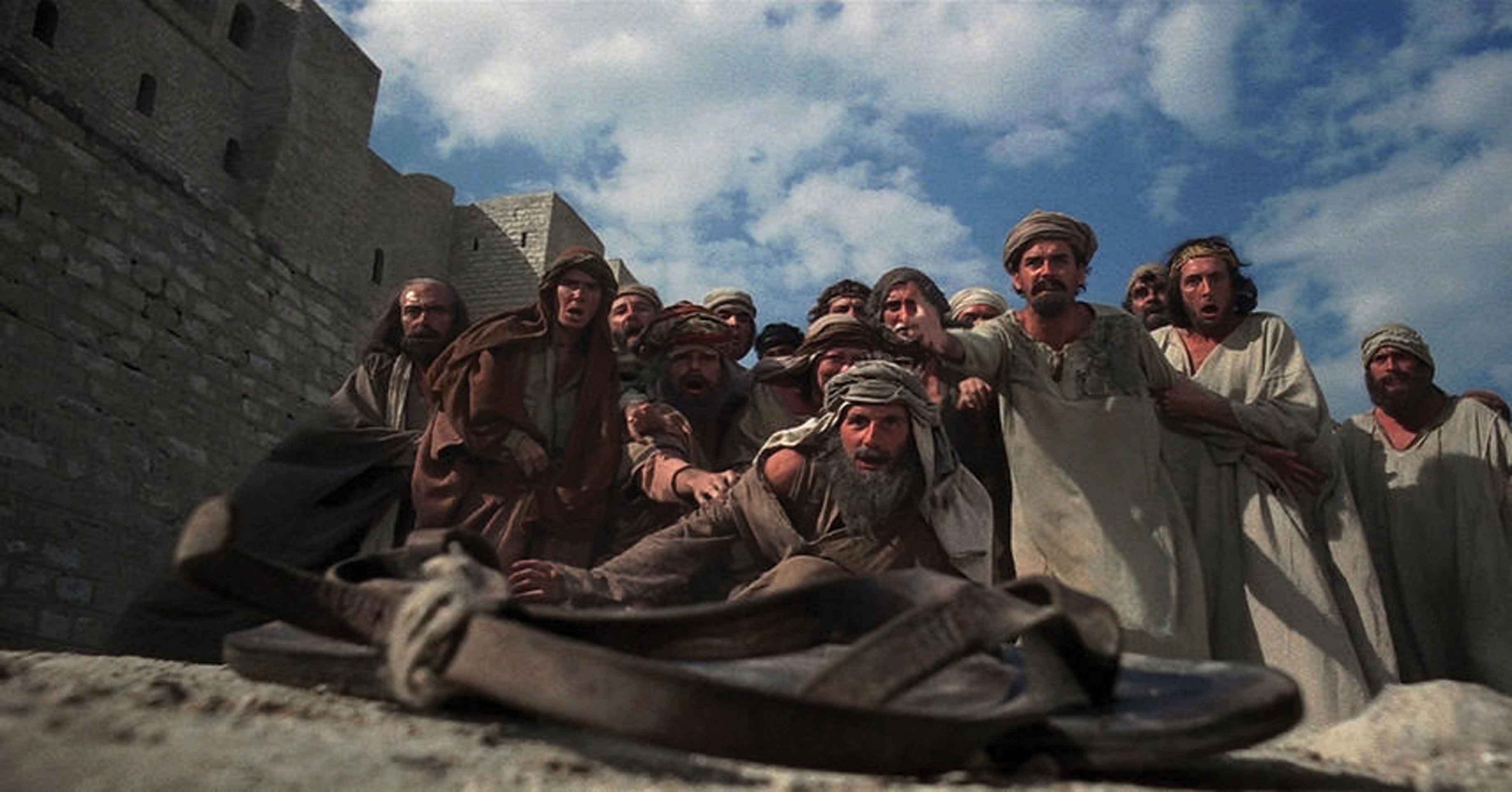 The Monty Python fans among you will instantly picture the scene from “The Life of Brian” movie. The massed crowd outside their new-found saviour’s ramshackle bedroom window arguing over their individuality with their new “Messiah” Brian and his mother.

But it would take a ‘serious’ movie geek to remember the next few lines when in unison the crowd chant “Yes we are all different” only to be answered by a lone wavering dissenting voice shouting “I’m not”.

And no matter how hard you work at engaging your colleagues in your safety activities you will almost always get one dissenting voice.

You can spot them at the back of the training room chatting to a mate during the quarterly safety briefing or checking their phone for a social media update up on their friend’s weekend activities. Or worse, actively hostile about getting involved.

And before you know it, they seem to multiply. Like the young child sold two girl rabbits only to wake up a few weeks later to find that Beryl is really Bert and now the proud father to 10 literally bouncing baby bunnies.

At the heart of this dilemma lies the Them and Us phenomenon. The elephant in the room for many organisations rarely discussed but ever-present, where workers feel that safety at work is just another way for management (Them) to get at the workers (Us) rather than letting us get on with our work.

You see mankind is inherently tribal and inevitably not all of the tribes get along all of the time.  And most workplaces have at least three tribes, Senior Management, Line Management and Workers not to mention the additional Contractor tribe present on most sites.

As a result, many workers in organisations across the globe approach new safety initiatives with all the distrustful trepidation of a five-year-old, heading towards their first day of school in floods of tears, despite being told what a marvellous time they would be having.

So how on earth did this Them and Us problem arrive in your organisation and what can be done to break down the barriers getting in the way?

We need to go all the way back to our ancestors’ cave dwelling or small village living days to establish the origins of the natural “flight or fight” style distrust. When we had to avoid being eaten by sabre-toothed cats or attacked by the not so neighbourly residents of the nearby rival village.

Their descendants then faced centuries of the peasants vs King/Emperor type socio-economic imbalance that means many of us turn up at the workplace with a high degree of cynicism towards those in a position to tell us what to do. While the “Them” are possibly led to believe that their university degree from that “top” university really does entitle them to special treatment. They don’t need to worry about safety as they have more important matters to consider and besides that are far too savvy/clever to ever get hurt at work. Just ask safety professionals working in research led organisations how tricky it is to persuade highly educated scientists to participate in safety activities.

Growing up on a council estate in South East London was great if, like me, you were always on the lookout for others to kick a football with. But I certainly still recognise the slight feeling of Them and Us. My better off school friends’ ability to buy new flash (non-hand me down) football boots the primary bone of contention.

Ironically, I now sometimes find myself the figure of similar distrust when I visit a client’s factory. Especially if I’m wearing a suit or walking around site with one of those “dreaded safety blokes”. I’m clearly viewed as a management spy.

But allowed to thrive the Them and Us dilemma has the capability to damage almost any in-house initiative not least those new ideas designed to keep us all safe at work.

In fact, it’s often at the heart of distrust when we talk about safe behaviours or when we appear to monitor any safety activities.

We’ve all heard someone complain about too much health and safety and you can’t help but wonder when it ever became such an imposition making sure someone stays safe? What has safety (or the Romans) ever done for us?

We’ve come a long way from the early days of the industrial revolution when workers’ lives were cheap. And yet after many years of hard-fought campaigns to prioritise workers’ rights to go home in one piece we somehow still find ourselves trying to convince people that safety at work is not just another stick to beat them with.

So just how can we tackle this dilemma and the polarised workplace it creates? Teamwork.

A few years ago, we filmed at a DuPont factory in Maydown, Northern Ireland hoping to capture what safety excellence looked like from a group that had (at that stage) gone 14 years lost time incident free.

Even though this was widely recognised as one of the world’s safest sites we were initially a tad cynical that any manufacturing site had really gone that long without someone being hurt. In fact, we wondered if we might stumble upon a secret back office where several people with broken bones were being treated/concealed.

But as we looked around and began filming the workers, what we discovered was not a site with unimaginably brilliant systems and procedures as much as a bunch of positive and overtly kind people truly committed to making sure that they looked out for each other.

Conclusive proof that world class safety is not rocket science but about creating an interdependent culture with good people having each other’s backs.

And when this type of interdependent team approach to safety is truly adopted the benefits are felt far and wide. For the safety team it means that they have a responsive audience up for getting involved in any safety initiative. But unsurprisingly the teamwork required for safety cultures like this also has a dramatically positive impact on almost every other aspect of the business. So rather than just working towards avoiding loss, great safety teamwork inevitably leads to greater business success.

Years later this type of interdependent safety culture inspired us to show just how interdependent meerkat teamwork can teach us a thing or two about safety teamwork: https://www.lattitudesafety.co.uk/programmes/meerkat-safety-all-for-one-the-meerkat-way/ 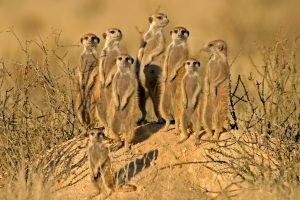 To achieve interdependence a business must build a sense of community/teamwork in the workforce using a common goal and the pursuit of a world class safety culture is perfect for this. Because if our workplace tribes can all agree on one thing it’s that no one should be hurt at work.

For example, choose a memorable or fun experience and you create a positive culture while the opposite is true if you approach safety training as a chore or necessary evil. Remember if you keep doing the same type of training you can only expect the same type of results.

Traditionally safety training has been more about enforcing the rules and regulations than inspiring trainees.  And if we’re honest we’ve all been to deadly dull safety briefings that would make the most ardent anorak wearing enthusiast weep. But thankfully times are changing.

So, when it comes to pursuit of a positive safety culture/team there are two big steps we’d love you to consider:

A few years back at the SHE Show in Newcastle we carried out a very interesting short exercise/experiment to judge just how creative safety professionals can be by challenging them to behave like marketing gurus. Quite frankly the results were astounding with an outpouring of imaginative and well thought out ideas.

So, the challenge is to bring this creativity to your day to day activities and new initiatives.

Hold your event at the local zoo: https://www.lattitudesafety.co.uk/how-visiting-meerkats-helped-highland-spring-slash-its-accident-rate/

But whatever you do, surprise and confound the cynics who were relying on being disappointed by your best efforts.

Take the opportunity to entertain through safety at least once a year. Simply shocking people with the potential dire or gory consequences of real workplace accidents is no longer enough. Because without a subsequent positive plan of action even the most powerful soul searching impact speaker will have a short term impact. Mix things up as much as possible and remember it’s okay to have fun.

But whatever you do, make it memorable. You only get a few stabs at getting rid of the “them and us” culture before the cynic’s views are confirmed, so go for it.

We are only human and if safety is just about pointing out our failings who wouldn’t get pissed off eventually? Equally, who doesn’t like the occasional pat on the back for a job well done.

So, view positive safety contributions as your opportunity to hold a party or at least celebrate and share the success with everyone. Like the inspiring global telecommunications organisation who recently had the idea to give a day off to any safety heroes that inspire their colleagues. A “heroes’ day” is perhaps the ultimate “kryptonite” to the Them and Us merchants. The undeniable proof that working safely is a big thing around here.

Remember good news travels fast. It takes time and effort to change any long-held beliefs. But before you know it, you’ll have everyone happy to look on the bright side of safety life.

We are immensely proud of our Meerkat Safety ™ interdependent culture and team safety workshops and not least with what our friends in industry have achieved. You can find out more here: https://www.lattitudesafety.co.uk/workshops/meerkat-safety-interdependent-culture-and-team-safety/.