The recent release of The Diary, detailing the aftermath of Ken Woodward’s horrific accident, has gained attention at the World Congress on Safety and Health at Work in Frankfurt late last year. After Lattitude’s earlier success, picking up the coveted First Prize for the Giant’s of Leadership, The Diary has now been highly commended for its hard-hitting delivery and memorable message.

With 290 submissions from 33 countries, the 20th World Congress has been the most successful yet. From these, an international jury of health and safety professionals chose just 16 to show at the International Media Festival for Prevention, and The Diary was one of them. The reception to this film has been fantastic, and we are thrilled to see the impact it has made to safety programmes globally. 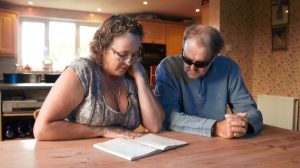 Ken Woodward has previously highlighted the reasons we all need safety in Hindsight and how he now lives with safety at the forefront of everything in Lessons From a Blind School. Now, Ken reveals the long-term consequences of his accident in a recently rediscovered diary kept by his wife, Sue. It is clear that the true impact of losing his sight is far from just physical. This powerful film looks at the emotional journey Ken and Sue found themselves on after his accident, and reflects on how they are still coming to terms with it all these years later.

If you would like to find out more about The Diary and Ken Woodward, or to preview the film, please click here.