One of the most remarkable aspects of the London 2012 Olympics was its safety record. For the first time in modern times, an Olympic Games was delivered with no fatalities.

Now research carried out by Loughborough University for the UK Health and Safety Executive looks at what made London such a safety success story.

“What struck me was how closely the themes in the research line up with the messages in our films,” said Rob Coyle, MD of Lattitude Productions. “Leadership was one of the key factors highlighted and this report has very much validated the learning in our film Giants of Leadership – The Nature of Safety.”

Leadership, safety culture and the way people behave within that culture were all identified as factors for success within the HSE research. Interestingly, the elements of that success align closely with the key points of Giants of Leadership – The Nature of Safety.

“It shouldn’t be a surprise that the recipe for safety success was already in our films,” said Rob Coyle. “The expertise that underpins our training comes from industry, including some of the main contractors on the Olympic project.”

The full research is available from HSE at http://www.hse.gov.uk/research/rrpdf/rr955.pdf 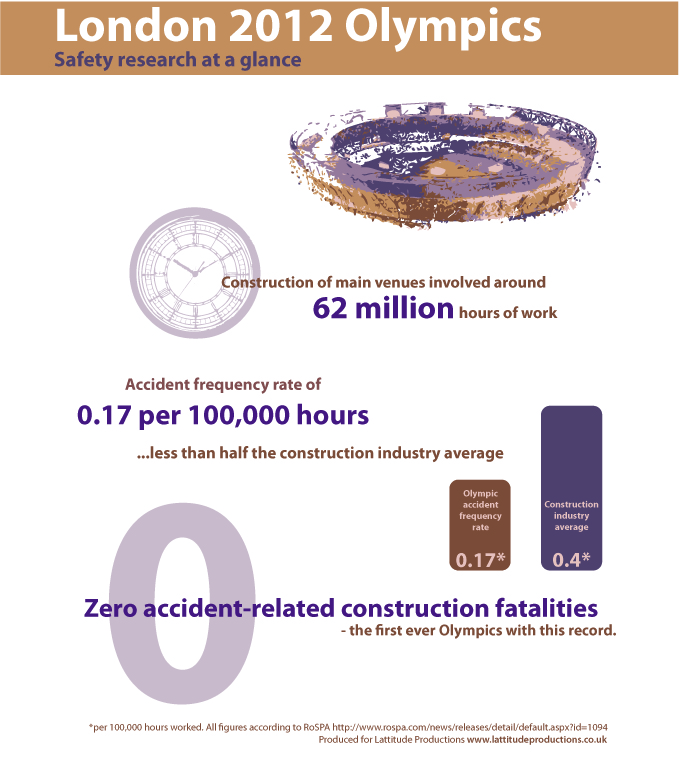 Giants of Leadership – The Nature of Safety was awarded first prize by the International Film and Multimedia Festival at the World Congress on Safety and Health at Work in 2011.  Read more at http://www.lattitudeproductions.co.uk/firstprize/

Excellent leadership skills are vital in organisations which aspire to a world-class safety culture. But it is hard to tell someone they are a poor leader. So Giants of Leadership takes a novel approach, moving away from the workplace and into the African savannah. There we find that elephants are, by nature, wonderful leaders, keeping those around them safe and healthy.

You can preview the entire film at http://www.lattitudeproductions.co.uk/giants-of-leadership-the-nature-of-safety/